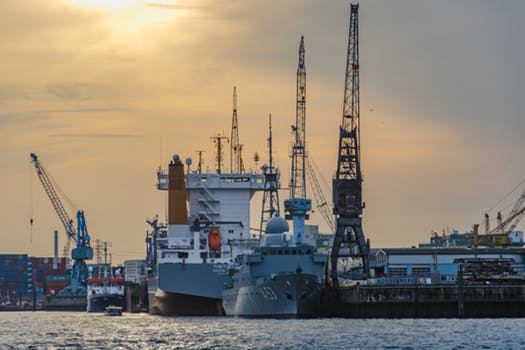 The Finnish maritime and shipbuilding cluster is one of the largest in the world. The companies in the cluster have introduced a number of innovations that have become the standard in the global maritime industry, covering the entire shipbuilding value chain. They work with all the leading shipyards around the world.

- Finnish maritime solutions and services not only increase efficiency and optimize processes but can also create new value and business models.

During a visit to Japan by a Finnish delegation of maritime and offshore companies, the Finnish companies will also attend the Sea Japan 2018 exhibition. At the event, there was held a separate Finnish maritime technology seminar on Thursday 12 April.

Finnish smart solutions at a glance

One of the companies in the company delegation is Finnish welding and production automation company Pemamek .

- For instance, Japanese shipyards can greatly benefit from our welding solutions, which utilize latest technologies such as robotics and laser hybrid welding. They are optimal for enhancing competitiveness in shipyards. We have several references all over the world to back this up.

- As Japan has similar intentions, we have been building up cooperation with them for some time now. Deeper collaboration helps both sides to lead the way with the digitalization of marine traffic.

ABB Marine has more than 25 year experience with Azipod® electrical propulsion in harsh arctic conditions. Azipod® propulsion, one of the greatest innovations in the maritime industry, has been developed in Finland.

- We have delivered electric propulsion systems to over 80 icebreakers or ice-going vessels with a propulsion power of up to 45 MW and, more broadly, Azipod has become the driving force behind industry-wide growth in electric propulsion, says Samuli Hänninen, Key Account Director, ABB Marine & Ports.

- In Japan, ABB has been working with shipyards and ship owners for 30 years. The continuous growth in Arctic shipping has materialized in several projects, where Azipod propulsion system is playing an important role, making the projects technically possible and economically attractive. An excellent example is the world’s first icebreaking LNGC Vladimir Rusanov recently delivered to Mitsui O.S.K. Lines.