When taking measurements and analysing the vibration directly on site, we can find ourselves in situations where time does not permit trying various measurement types. Why? Most often because the running time of the machine is too short to be able to take readings repeatedly. 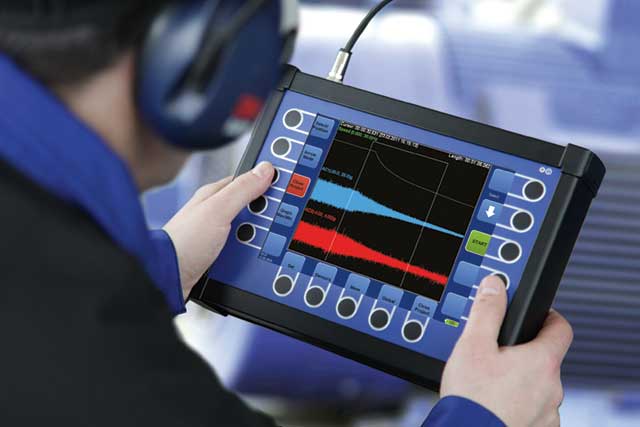 The recording of a raw signal.

I personally ran into such a situation when our team was supposed to measure explosion vibrations in a quarry. The preparation had taken the whole day due to the sheer volume of explosives involved. Moreover, the measurements were required to be taken synchronously from many sensors placed in different spots at various distances from the point of detonation.

Naturally we had used a pre-trigger (250ms), so we could see the noise just before the detonation. We were all nervous as we counted down to detonation; we held our breath and the explosives were detonated.

When we viewed the signal we instantly knew something had gone wrong. There was no expected low noise at the beginning with the sudden increase from the blast energy. There were high blast amplitudes present from the very beginning of the measurement (in the first sample as well) and they decreased with time.

Something had gone wrong. We opened the setup menu in the analyser with trembling hands and immediately realised what had happened. Instead of a 250ms pre-trigger we had set up a 250ms post-trigger!

We had lost the whole beginning of the detonation signal and the measurement had started 250ms after the wave reached the sensor. This meant that we could not perform the analysis as ordered by our customer.

Trust me – it was very hard to explain to the customer why we could not perform the analysis. When we jokingly suggested performing the detonation once again, the customer did not find the idea funny at all. This was an example of a perfect situation when a recording should have been done of the whole event and post analysed.

In this case, the recording would have been started manually and allowed to run maybe up to a few minutes before the explosives detonated and then manually stopped. This approach would have eliminated the need for the pre-amplitude trigger that resulted in the disastrous experience described above.

Another situation, when it is better to record the raw signal, is the measurement of a machine that continuously changes its state. This can be caused by change of power or other similar condition. An elevator engine is another example; first there is a short run-up, then the elevator runs constantly for a while, then it stops.

The whole cycle can take just a few seconds. It is better to make a recording of the whole cycle and then pick up the required part of it and analyse it. The record can be required also in route collection. All required readings (for example overall values, spectrum and time waveform) can be processed from the record in the computer later.

History of the Tape Recorder

When I started to work in the field of vibration diagnostics a long time ago, in the 1980s, tape recorders were used for signal recording. Back then they were huge and heavy devices, so a strong guy was needed to perform the route with this equipment. To analyse the recording a separate “analyser” was needed. This device was even bigger and heavier than the tape recorder!

In the 1980s the first “portable analysers” appeared on the market and they caused a revolution in the field of vibration diagnostics – especially in route measurements. The tape recorders were quickly abandoned as all of their readings could be saved at this stage to the memory of the portable measurement device. The readings were saved, but the “raw record” was not.

The processors were too slow to record the raw signal, and the memory was too small to save such a large amount of data. To those who are much younger than me, I need to say that the hard disc in my PC in 1990 was an impressive 10MB. Since it was impossible to save a large file, I had to always consider the trade-off between the values of saving 400 or 800 lines of resolution in the spectrum and to save higher resolution was only done for very special circumstances.

Nowadays, when the capacity of memory seems to be unlimited, it is very difficult to explain to a customer that 25 600 lines in spectrum is not necessary. His response to this can be that it does not harm anybody to save the spectrum with more lines.

It is true when we are talking about the route measurement, when the readings are repeated in long time interval such as days, weeks or months. However, when we start to think about the online monitoring, then the situation changes dramatically. If 25 600 line spectrum is set up on dozens of channels and the readings are taken every second, then even today’s conventional memory discs can be filled very quickly.

During these early years I repeatedly wished that I could have implemented a version of the “tape recorder”, so that when back at the office I would refer to it when I had discovered that my set up in my portable analyser would be different if I had the chance to do it over again. As a manufacturer of vibration equipment, we patiently waited until processor performance and memory size would be high enough so that we could revisit the option to integrate the recording option again.

The Adash 4400 VA4Pro recording module was later developed and the “digital tape recorder” is now a reality again. The “recorder” is one of the 11 modules that is included in the analyser. To utilize the recorder, the first task is to set up the channels from which we want to record.

Today we can record 4 AC and 4 DC channels simultaneously. When using eddy current (proximity) sensor, we connect the sensor to the AC and to the DC channel in parallel. We can record the AC signal for factors such as orbits and DC signal (gap) for getting the centreline.

Because of the large memory available, the record length does not have to be defined before the recording. Usually the recording is started and stopped manually.

The recording can also be triggered (started) by an external TTL signal, so recording will start when the signal is detected and then stops when the signal is gone. Because of the high processor speed and memory available, a sample rate of 64kHz (25kHz frequency range) is commonly used although during the post processing much lower frequency and resolution settings are normally sufficient for analysis.

The fs=64kHz sample rate offers an amazing 160 hours of single-channel recording time or when utilizing all four channels and a speed sensor input over 32 hours of continuous recording can be done. Once the recording is completed, the signal is displayed on the screen. You can then select the portion of interest to crop and save and delete the rest if you wish to minimize unnecessary use of memory. 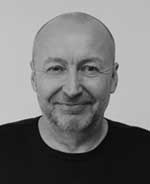