Organic biomass side streams are waste materials that are formed in numerous industries. They can, however, also provide remarkable raw material sources, processed into useful products by micro-organisms and their enzymes. This sustainable approach makes it increasingly economic to treat the past, present and future wastes as valuable resources, not just tedious or costly objects. 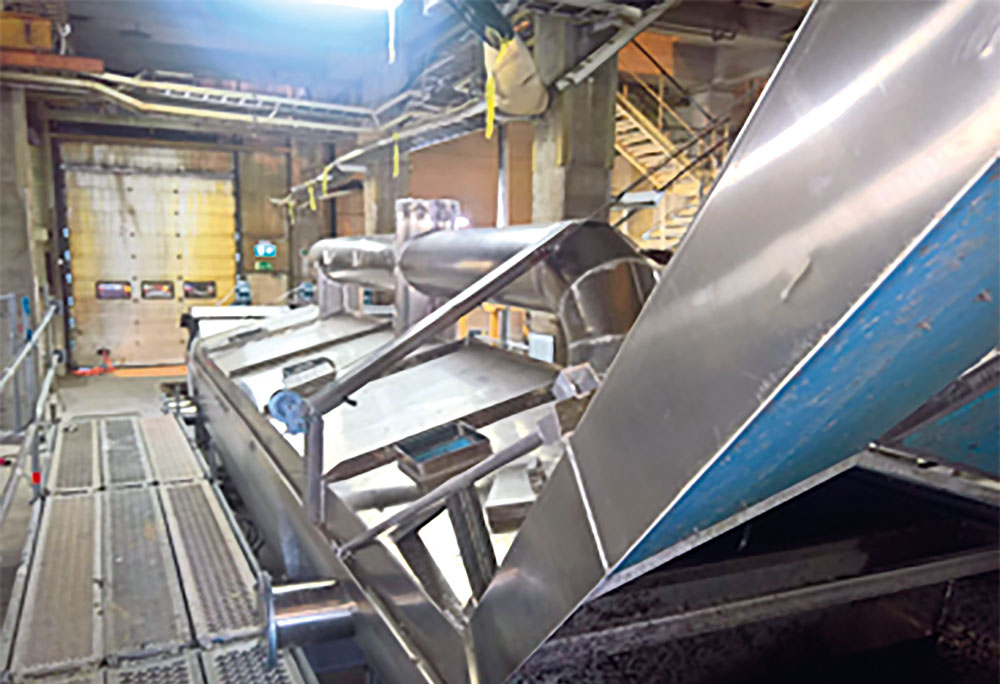 In current times, there is a trend and necessity to safeguard the liveability and viability of our planet and its biosphere. Nowadays, it is also a widely accepted principle that industries have a built-in responsibility for the environmental and climatological consequences of their products and processes. In accordance with this thinking, we can readily accept the idea that modern industrial maintenance includes taking care of the side streams, carbon sequestration, industrial ecosystems, and environmental health issues beyond the occupational health policies.

Micro-organisms constitute the third major group of living things, after plants and animals. They have essential roles in the circulation of matter and elements, efficient rise of chemical energies as well as the maintenance of ecosystem balances. The use of microbial strains and communities for the industrial maintenance operations, clearly links manmade industries with the ecosystems and their balances, and their unrefined cycles.

This fundamental consolidation of natural microbial ecosystems with the organic industrial processes could provide us with simple but effective solutions for several issues of topmost actuality:

If these themes are considered from the microbiological perspectives, solutions could be found from their life-supporting machinery. The subjects are not often visible, but their beneficial influence is most evident.

The “microbial kingdom” includes A. the procaryotic (without proper nucleus existing) common eubacteria, cyanobacteria (blue-green algae) and archaea (for example the methane-producing bacteria belong to this group), and B. the eucaryotic microbes (with true nucleus as a cell organelle), such as protozoans, algae and micro fungi (yeasts and moulds). Viruses are not considered as genuinely living things, although they produce offspring of their kind. However, they do not possess metabolic capabilities of their own, but are dependent on the living, metabolizing procaryotic or eucaryotic cells. Since the harmful microbes are most actively presented in the publicity, the vast majority of beneficial strains are often forgotten. 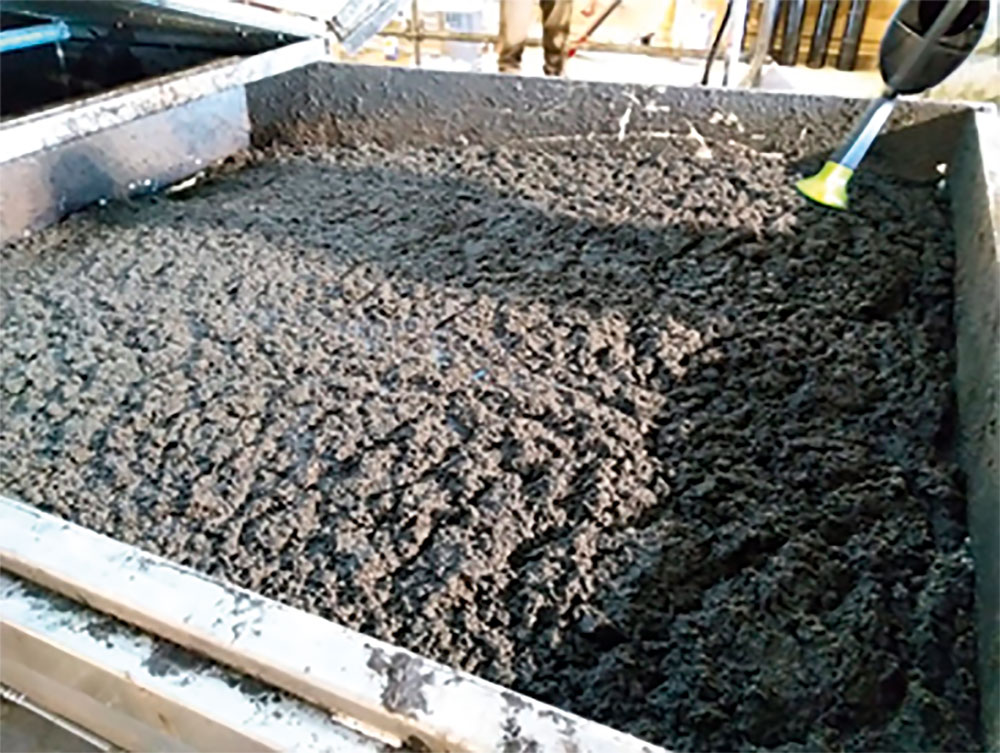 To cast a view on the actual industrial functions of microbes as industrial sources, we now introduce some links of microbial metabolic processes into the production of foods, their ingredients, substitutes, and additives. In so doing, the understanding of proportions is important: as a single spoonful of yogurt, for example, contains roughly as many bacterial cells as there are human beings on Earth. Since the uptake of substrates into a bacterial or microbial cell takes place through its surface layers and area, we can multiplicate the vast resources hidden in the microcosm of that spoonful. In fact, there is a huge potential for e.g., novel foods by fermentation and other microbiological techniques (Hakalehto, 2020).

Any side stream from the process or food industries can be used as a bi-product and is a potent source for novel products or processes. These upgraded materials could lower the waste problems and provide new sources of income. One recent example of this new kind of recycling potential in industries is the Hiedanranta case in Tampere, Finland. The city of Tampere has decided to convert a former forest industry site (1913-2008) into a high-quality suburb for 25.000 thousand inhabitants on the shores of Lake Näsijärvi. Before this municipal development project can get into full speed, the residual cellulosic side streams must be removed from the lake bottom. These discarded fibres have sedimented and been preserved there as a “mattress” of up to 10 meters thick. 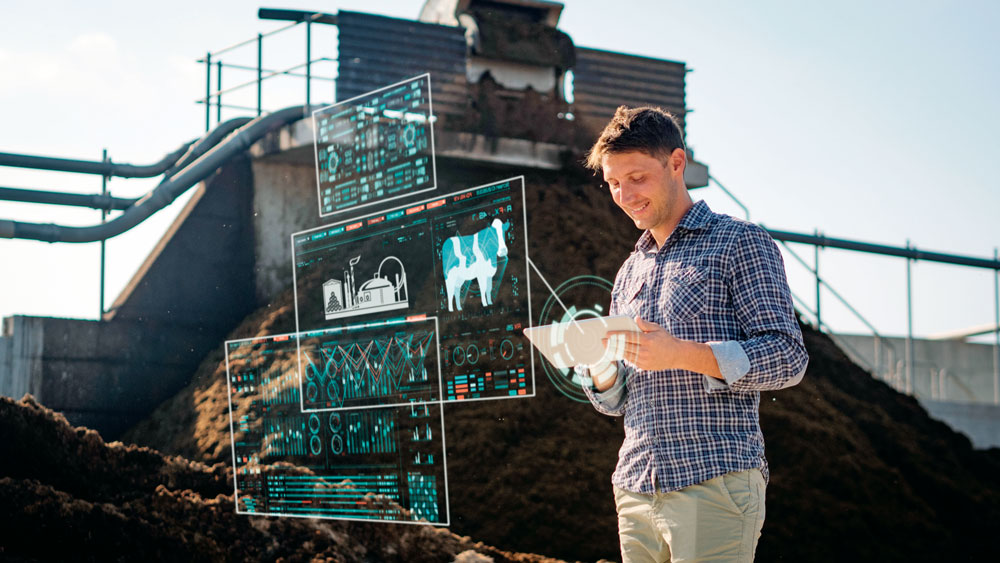 As an outcome of microbiological biorefineries, feasible and sustainable products, such as biochemicals, polymers, energy gases and soil improvement agents will replace all organic waste.

This ecosystem engineering project for cleaning up the wastes of the past industries could provide valuable means for producing food-grade organic chemicals, such as lactate or mannitol, energy gases hydrogen and methane, as well as first-class organic fertilizers (Hakalehto et al. 2022, Kivelä and Hakalehto 2022). These processes, which are alternatives for the combustion of the wet fibres, have been piloted several times by Finnoflag Oy and the consortium of other enterprises as well as universities.

This technological advancement could completely transform side streams from a waste compartment into useful products, as it has been evidenced by the Pilot studies of Finnoflag Oy, funded by the city of Tampere and the Finnish Ministry of Agriculture and Forestry (Hakalehto et al. 2021). Besides the microbiological production of the biotechnical goods, their recovery also has been tested by the Mälardalen University of Technology (Västerås, Sweden) (Beckinhausen et al. 2019).

In addition to environmental deposits, plant or animal derived food raw materials or by-products could also be processed by using microbes and their enzymes. As a matter of fact, this is old industrial activity as various fermentations such as ethanol or lactic acid fermentations have been traditionally used all over the world (Adusei-Mensah et al. 2021). Modern thinking could associate elevated health benefits with these traditional processes. For example, yogurt was originally produced by fermentation to obtain sour milk food with improved preservation into the saddlebags of some nomadic Central Asian people.

One example of a traditional method that has hit the nail on the head is the old Finnish habit of having a frog in the cellar preventing the acidification of sour milk in its large container. As the surplus milk was poured into this container during the wintertime, it was first fermented by the lactic acid bacteria. The spoilage of restored sour milk was prevented by having a frog swimming in the fermented product. This prevented the further conversion of lactic acid to acetic acid. Nowadays, we know that the secret of the preservation by frogs was in the magainin peptides, natural antibiotics, of the amphibian skin (Samgina et al. 2012).

Different organic acids have been produced from various industrial wastes such as potato and other plant materials (Den Boer et al. 2016, 2021), or from slaughterhouse wastes (Hakalehto et al. 2016, Schwede et al. 2017). It is also the most recommended strategy for combining various mixed wastes into a raw material pool which could be utilized by the microbial strains or their communities (Hakalehto and Jääskeläinen 2017). The simultaneous production of energy and chemicals could be a lucrative way for industries to handle their side streams in a modern and ecological manner (Hakalehto 2015a).

The organic acids could provide means for producing preservatives such as propionic acid, which is used in the meat, dairy, and cereal industries (Hakalehto 2015b). These simple SCFA’s (Short Chain Fatty Acids) could be further refined to various aroma compounds, fragrances, and other supplements. An interesting example of such an intermediary substance is valeric (pentanoic) acid which could be produced as a condensate of lactic and propionic acids in the industrial process broth (Schwede et al. 2017, Den Boer et al. 2020). 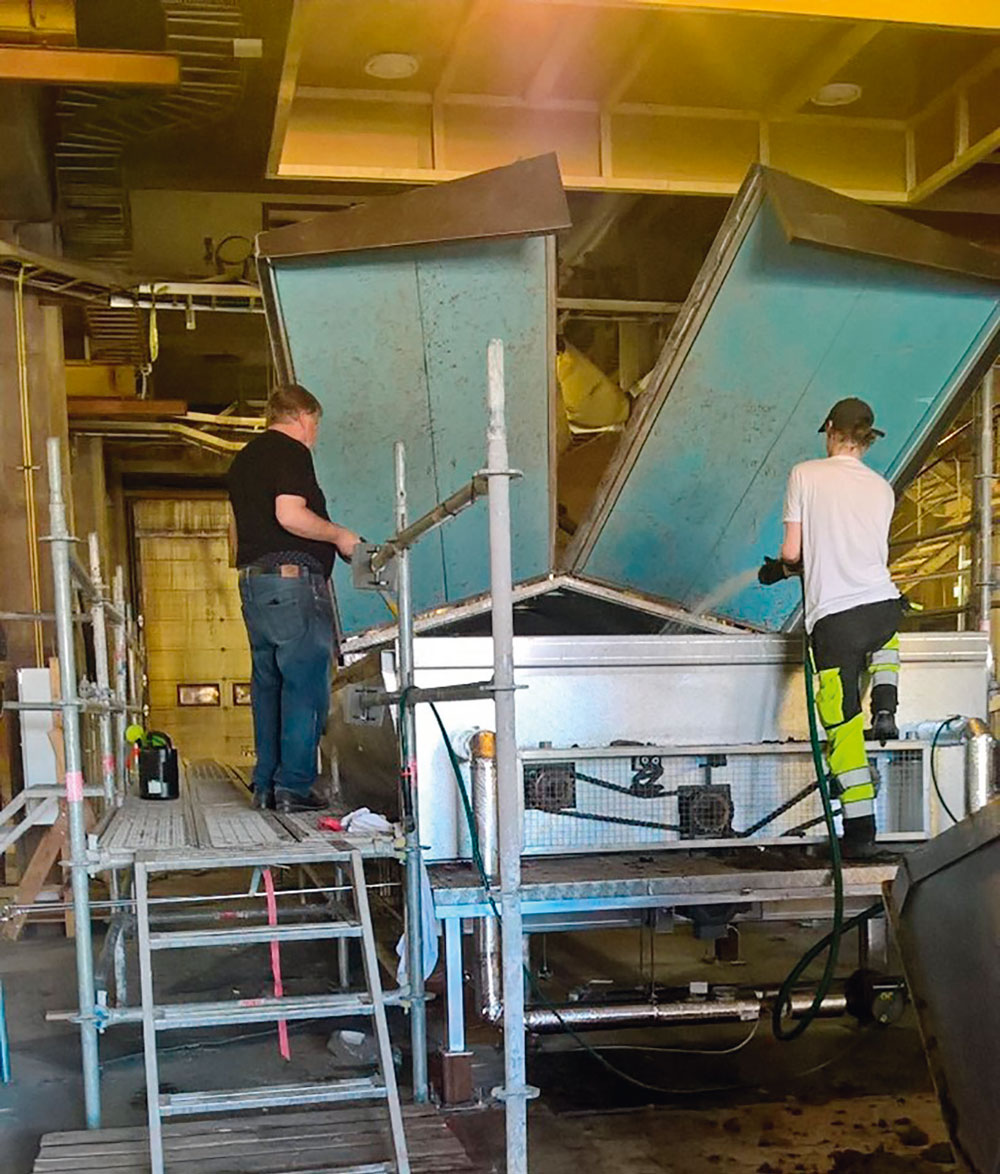 Figure. Ongoing clean-up of a 15 cubic meter pool-like pilot reactor in Tampere, Finland, during the test runs of the lake bottom fibre deposits of past industrial activities. The device is manufactured by Nordautomation Oy. It was used as a test platform in the project "Zero waste from zero fibre" in 2018-19, funded by the Finnish Ministry of Agriculture and Forestry. In this project, the organic biomass was fully converted into valuable chemicals, energy gases and organic fertilizers. Photo: Finnoflag Oy.

Another example of the effective production of a platform chemical for many uses, also for the cosmetic industries, is the 2,3-butanediol fermented by microbial processes from e.g., potato industry wastes (Hakalehto et al. 2013). This higher alcohol could subsequently be converted into synthetic rubber via butadiene, or into synthetic fibres or textiles, or anti-ice substances. This is a good example of the versatile use of microbial processes in complementing the repertoires of food, chemical and pharmaceutical industries.

Microbes and biological materials in service of better health prospects

Mannitol is a non-toxic, low calory sweetener, which could be obtained from an industrial microbiology process (Hakalehto et al. 2016). It has also been suggested and developed for a new exipient for the pharmaceutical industries. This is a sugar alcohol that can be compared to sorbitol or xylitol. It is a quickly dissolving future source of basic tablet and pill materials (excipients), which liberate the active medical molecules faster than the more traditional materials, such as lactose or cellulose derivatives. Hence the effective compounds are not degraded by intestinal microflora.

In principle, many health applications could be designed based on human microbiome (Hakalehto 2012). Amazingly, the small but numerous micro-organisms in our digestive tract are important for food uptake and circulation, constitution of neural and hormonal signals as well as in the development of our immune capabilities. They also maintain the “Bacterial Intestinal Balance” in the gut. Therefore, the research on the probiotic microbial strains and communities has become increasingly important for the designing of health-associated products and services; passive immunization by chicken egg yolk antibodies for instance, could aid our microflora together with the natural defences and vaccinations to tackle the intruding harmful viruses, bacteria, and other microbes (Hakalehto 2021).

Microbes and the industrial energy sector

Biohydrogen is the clean, sustainable, and endless source of energy. The product of anaerobic bacterial fermentation, this source could and should be widely used as a side product of industrial waste processing. The biomass resources could then provide a platform for the industrial or traffic energy systems using Nature’s own way, without casting a burden on the global ecosystem or climate. The residual fraction of the oxidation of biohydrogen would be water. This process liberates the chemical energies of the organic hydrocarbons. This circumvention would then ensure the most sustainable energy source without any limits, obstacles, or drawbacks. Microbial metabolism could be harnessed to produce biohydrogen and other biological substances for sustainable energy production in variable scales and dimensions. 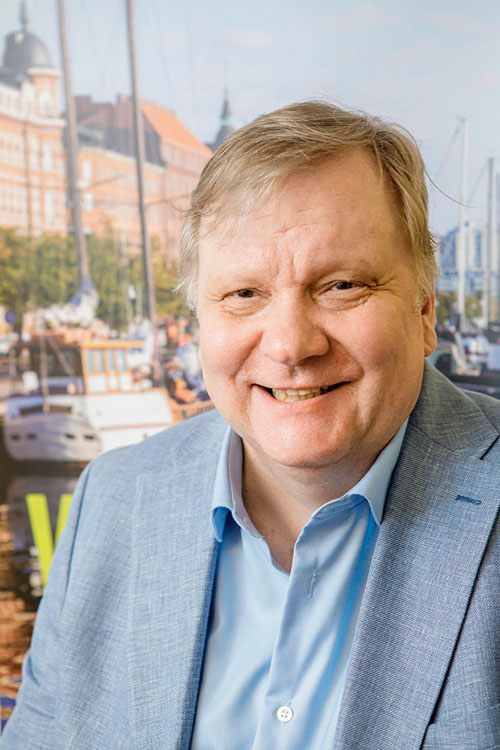 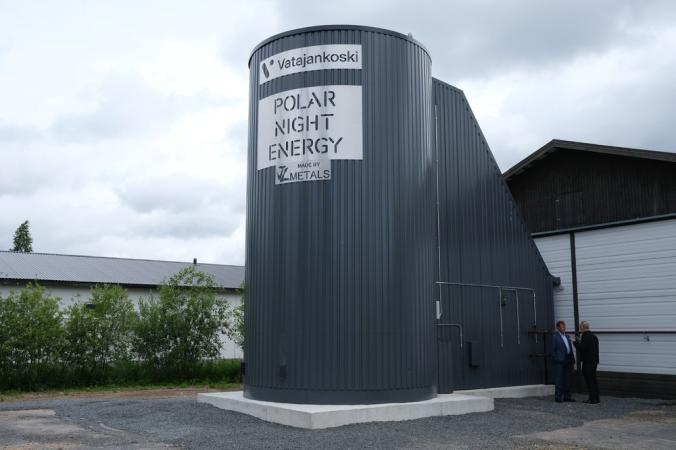 We need new ways to store large amounts of energy. One solution is sand-based heat storage.