Russian state nuclear company Rosatom has launched the world’s first floating nuclear plant in the Arctic Ocean, which it describes as being ‘based on the application of advanced nuclear technology.’ 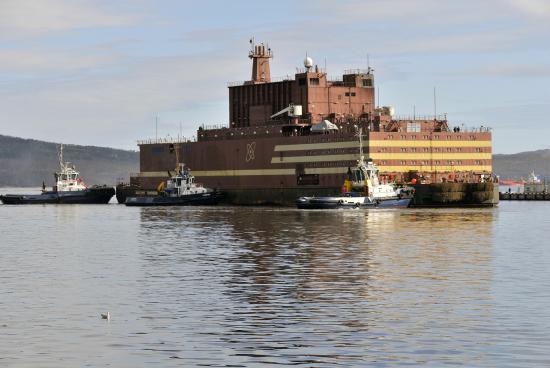 Rosatom’s fleet includes two nuclear icebreakers with twin-reactor nuclear power plants and two with a single reactor, the most notable of these being the Akademik Lomonosov. The fleet, which is known as Rosatomflot had previously worked on navigating through the northern sea route (NSR) and transporting hydrocarbon.

The vessel will now travel to the Arctic port of Pevek to provide energy for the Chukotka region and support mining and drilling operations in the area. Each reactor has a capacity of 70MW, which Rosatom states will be able to power 100,000 homes in the region. The company has also described the ship as “virtually unsinkable” as it is able to withstand icebergs and waves of up to seven metres.

Rosatom has also said the ship will allow for the retirement of a coal-burning power station and a nuclear plant, but fears have been raised about the project.

Two state-backed companies in China are already said to be pursuing plans for at least 20 floating nuclear power stations, and US scientists have reportedly drawn up their own plans as well.

‘NOUS SOMMES EN GUERRE!’ I can’t state any better than the French President Emmanuel Macron, that humanity is currently at war with COVID-19. This type of lung infection is caused by the Severe Acute Respiratory Syndrome CoronaVirus 2 (SARS-CoV-2), which is spreading around the world after an initial outbreak in the Chinese Wuhan region in December 2019.