The Cathedral of Notre-Dame, one of the most iconic symbols of beauty and history in Paris, was engulfed in flames on Monday, leading to the collapse of part of its spire. Now experts say that an exact digital replica of the building, captured by an architectural historian called Andrew Tallon in 2015, means the iconic building could be restored to its former glory. 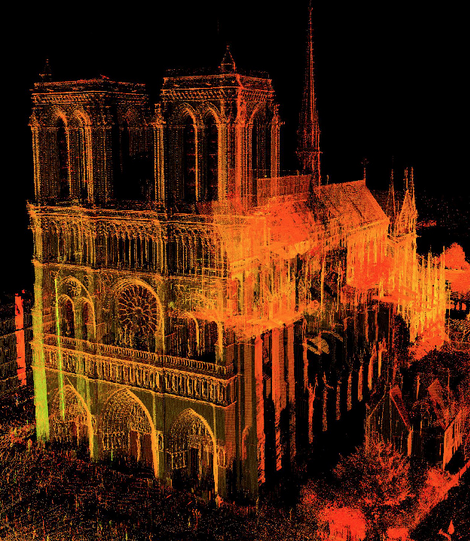 Andrew Tallon used lasers to map the entire cathedral, measuring the time the laser takes to reach the target and return to create a very precise image. He described the process  in this video . The scans he  captured  will be crucial to any future rebuilding efforts experts now say.

Tallon used  laser-mounted tripods within the cathedral  to build a point cloud of information on every surface and internal feature of the cathedral’s interior. At the time, his goal was to uncover clues about the building’s construction and renovation process that weren’t preserved to the present day.

According to reports, his work in 2014-2015 uncovered that the Gallery of Kings had shifted almost a foot out of plumb and that this area of the cathedral might have been left untouched for as much of a decade before work began again, giving the soil time to settle. His work also showed that the internal columns of Notre Dame weren't in perfect alignment and that the church may have incorporated existing structures in its design rather than knocking them down first.

After yesterday's devastating fire, France’s president Emmanuel Macron is now leading a huge fundraising effort to go towards restoring Notre Dame. Hundreds of millions of euros have  already been pledged , thanks to some of France’s richest families. Among these is French billionaire Francois Henri Pinault, who pledged $113 million. Meanwhile, fellow billionaire Bernard Arnault and his LVMH group pledged $226 million.

The cathedral’s spire, which was built in 1860, fell during the fire. There was also extensive damage to its roof, which includes wood from as far back as 1160, making it one of the oldest roofs of its kind anywhere in the world. Thankfully, many of the objects inside Notre Dame were saved by the 400 or so firefighters who tackled the blaze

The cathedral had prior to the fire already been  undergoing extensive renovation work . Last week, 16 copper statues representing the Twelve Apostles and four evangelists were lifted with a crane so that the spire could be renovated.

The cathedral was in dire need of a thorough and expensive restoration, André Finot, the cathedral spokesman,  told The New York Times  in 2017.

Broken gargoyles and fallen balustrades had since been replaced by plastic pipes and wooden planks. Flying buttresses had been darkened by pollution and eroded by rainwater. Pinnacles had been propped up by beams and held together with straps. In some places, limestone crumbled at a finger’s touch, the paper wrote.

In recent years, the Friends of Notre-Dame, a foundation based in the United States, estimated that the structure needed nearly $40 million for urgent repairs. The French state, which owns the cathedral, had devoted up to 2 million euros a year in upkeep, or about $2.4 million. 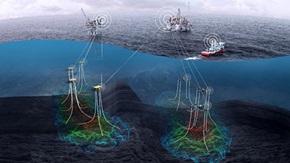