The world’s biggest occupational safety and health campaign is back with a new focus. The Healthy Workplaces Campaign for 2012–13, entitled Working together for risk prevention, is about helping businesses, workers and their representatives co-operate and manage the risks that Europe’s workers are facing.

Why do we need a campaign like this? Despite the progress made in occupational safety and health (OSH) in the last few years, thousands of European workers are still dying needlessly, over five and a half thousand people die every year in the EU as a result of workplace accidents. Many thousands more die from occupational diseases, equivalent to one death every three and a half minutes. These deaths are only part of the story, millions more European workers have to live with the effects of workplace accidents or long-term damage to their health caused by their work.

We can try to calculate the economic impact that all this represents – it is estimated that workplace accidents and ill-health are costing the EU around 4 % of total GDP, 490 billion Euros every year, not taking into account the human costs that we cannot put a figure on!

What we do know is that most of these accidents and cases of ill-health can be prevented and that the principles of risk prevention are clear and well known. Risk prevention is indeed central to the approach that we take in Europe to keep workers safe and healthy. Look at European legislation on OSH, and you will see the importance of risk prevention, and the obligations that employers have to carry it out, emphasized again and again.

But it’s not enough just to pass laws telling people what they must do. We need to make employers and employees more aware of their responsibilities and to understand that risk prevention is done best by working together. That is why in the new campaign, EU-OSHA is focusing on risk prevention and on the benefits of co-operation in carrying it out.

The European law makes managers and their organisations primarily responsible for keeping workers safe, so good leadership in this area is vitally important. But we also know that risk prevention works best when managers engage their workforces in the process. Workers often have the best understanding of their workplaces and the possible risks involved and they are generally the people who will implement any changes that need to be made.

We know from our research that leadership and active participation of workers are crucial to successful health and safety management, independent of the size of the organization. About 36,000 managers and worker representatives were interviewed for the European Enterprise Survey on New and Emerging Risks (ESENER), which gives a clear picture of how health and safety is currently being managed in European workplaces (www.esener.eu). ESENER shows that enterprises with good commitment on OSH from high-level management and high levels of worker participation are more likely to have proper health and safety policies in place. We work much better when we work together. 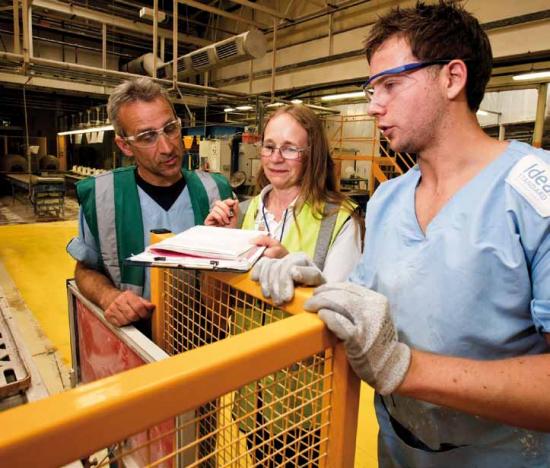 Active participation of workers is crucial to successful health and safety management. 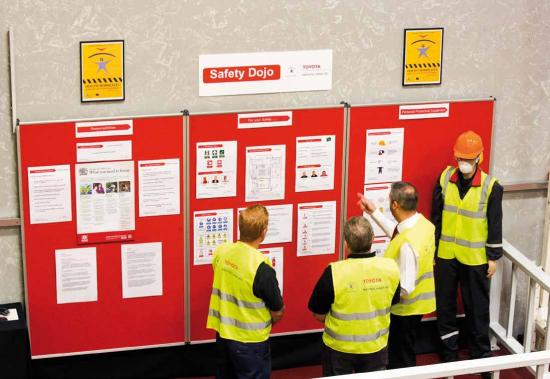 The Healthy Workplaces Campaign is encouraging workers and their representatives to work together with their managers to reduce risks.

A good example of successful co-operation on OSH between employers and employees is the construction of the Olympic Park and Stadium for the London 2012 Olympics. At the time this was the largest infrastructure construction project in Europe involving about 36,000 employees and contractors ranging from big multinationals to small SMEs.

Throughout the entire project there was a real emphasis on worker engagement and on worker feedback and this is the first time when the construction of an Olympic stadium has had no fatalities. Also, the overall accident rates were broadly the same as those in all United Kingdom sectors, not just in construction.

The Healthy Workplaces Campaign that EU-OSHA launched in April this year is focusing on encouraging bosses and top managers to show leadership in engaging in risk reduction, and encouraging workers and their representatives to work together with their managers to reduce risks.

However, our campaigns succeed only if they can reach workplaces throughout Europe. In this campaign EU-OSHA will utilize all accumulated experience of working with our partner networks:

In these challenging economic times our Healthy Workplaces Campaign sends a strong message to organisations about the value of putting time and resources into risk prevention, the evidence is clear: investment in OSH pays off.

Mr. László Andor, European Commissioner responsible for Employment, Social Affairs and Inclusion, said at a recent Presidency conference on health and safety in Copenhagen: “Investing in occupational health and safety contributes to company performance, improves staff well-being, reduces absenteeism and staff turnover and brings greater job satisfaction. There is no doubt that a good working environment is a big factor in competitiveness and can play a crucial role in increasing the workforce’s potential. This policy area should therefore be seen as contributing significantly to achieving the objectives of the Europe 2020 Strategy – in other words, helping to foster smart, sustainable and inclusive growth, and in particular to raise the employment rate from the current 69 % to at least 75 %.”