Historically, condition monitoring of balanced machine bogie wheel bearings has been challenging, due to the very slow speed rotation and furthermore, in most cases, the variable speed adds even further complication. 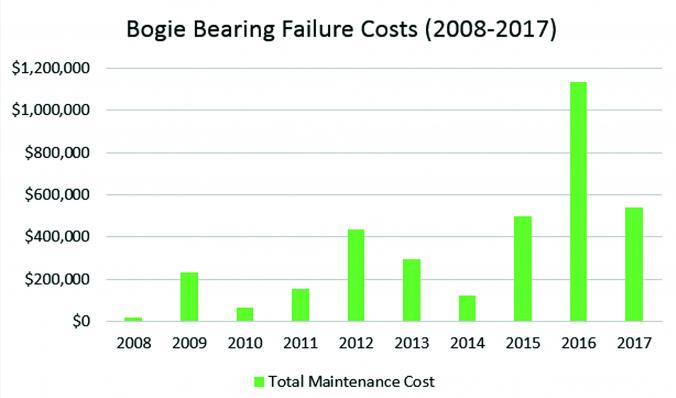 Within this mining company, the coastal operations had many examples of failed bogie wheel bearings and, in each case, there was a great potential for subsequent damage to the shaft or the bearing bores in the bogie housing, which would add even more to the rebuild costs.

Thus, the maintenance team was working through multiple failures on the CLB Stacker long travel bogies. Led by the balanced machine specialist, the team built historical maps including rebuild vendors and the use of OEM spares.

A study of SAP data for 16 of the 37 stackers in this company, across different sites, revealed an incredible $3,491,146 in maintenance costs, directly related to bogie bearing failure, not to mention the additional unscheduled time loss, also important to consider.

Next, a team of experts was asked to assist in this matter with identifying bearing defects using ultrasound technology, which is a proven technic to identify early bearing failures, especially when it comes to slow speed bearings.

A survey was conducted with an Ultraprobe 15.000 ultrasound inspection instrument, and an identified bogie set was removed and sent for strip and assessment, after the ultrasonic instrument showed signs of bearing damage – which could be perceived by the sound quality heard & confirmed after a sound spectrum analysis of the recorded ultrasounds. 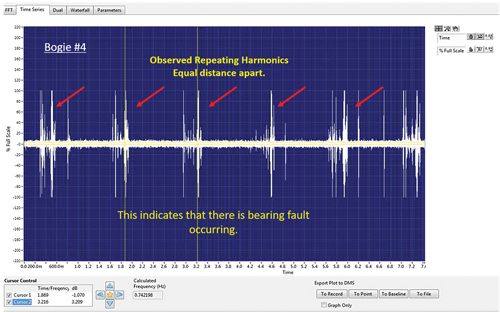 This is a screenshot taken from the Spectralyzer software (for sound analysis), time series view. The peaks clearly point to a damaged bearing, since a healthy bearing will present a very uniform wave, without any peaks in amplitude. In this case, we can clearly see peaks in amplitude, representing harmonics equally distanced. This is an obvious sign of bearing damage. 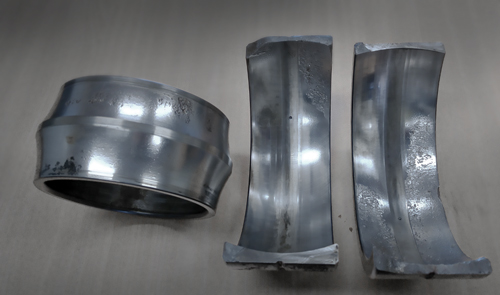 Stacker 13 Bogie#2 – Prior to removal

Again, when performing sound analysis, we can find evidence of bearing damage. A bearing in good condition would be uniform on the time series view. But in this case we see again peaks in amplitude, corresponding to impact points or increased friction.

As we can see, during strip and assessment, in both cases, severe spalling was found on the raceways. 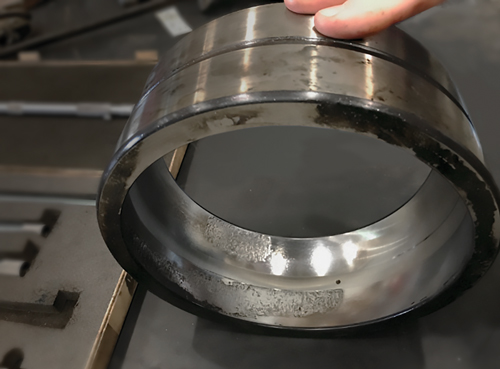 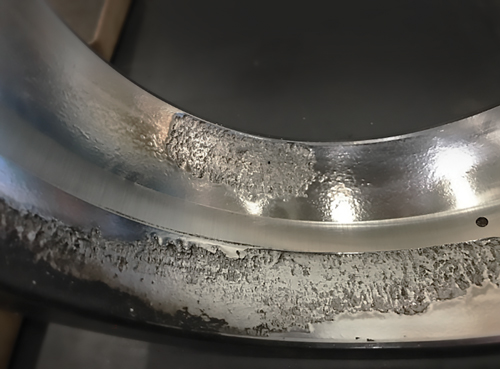 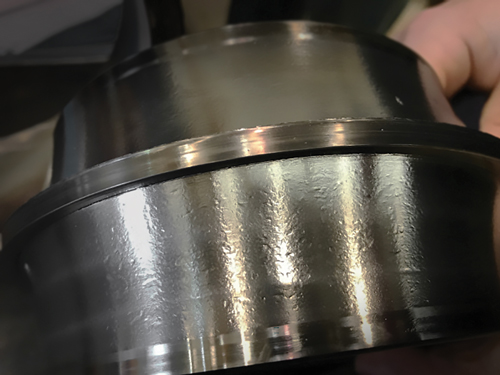 Whilst the detection of defects in these bearings is certainly possible through diligent inspections such as the daily rounds, categorising severity is extremely difficult, if not impossible.

This can be achieved by using an ultrasound inspection instrument with sound recording capabilities. This will allow maintenance teams to load the file on a sound spectrum analysis and identify issues in an early stage, quick and easily, even in very slow speed bearings.

It is important to note that, while bearings rolling at a medium/high speed can normally be monitored by relying on dB levels and verifying them against a dB baseline, this is not always the case with slow speed bearings. Since slow speed bearings, in many cases, will not produce enough energy to show a relevant dB increase, it is necessary to rely on the sound quality and posterior sound spectrum analysis. That is how issues can be identified when using ultrasound for slow speed bearing monitoring.

And because ultrasound surveys are easy and quick to conduct, they can be performed in relatively short intervals of time.

Given the history of this particular case study, the point of failure detection was between 6 and 12 months from the scheduled change out. Therefore, an ultrasound survey frequency of 3 months could be considered appropriate for stackers, and of 6 months for reclaimers and ship loaders (given their lower duty cycle). The recommendation to extend the surveying of balanced machine bogie bearings across the coastal fleet at the above intervals would allow the company to potentially save millions in maintenance costs, as we seen before. A clear case where predictive maintenance, using a technology such as ultrasound, clearly pays off. 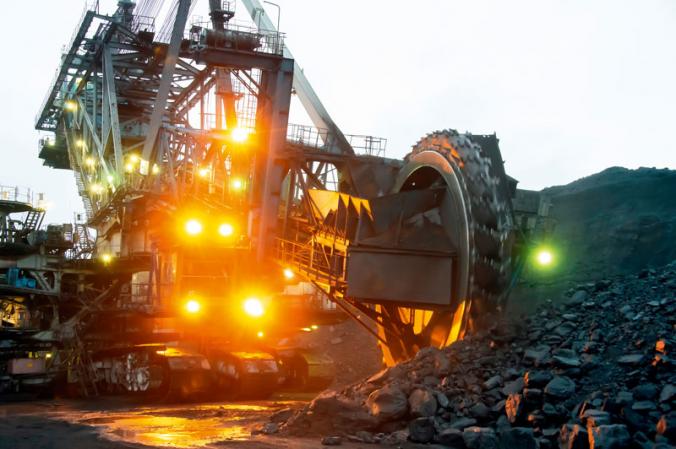 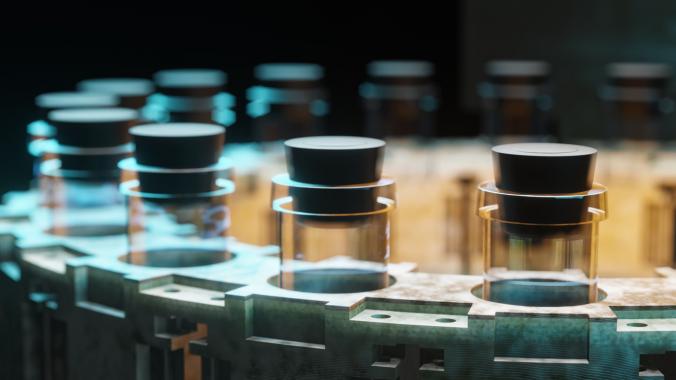