Söderenergi is the Swedish energy provider for Southern Greater Stockholm and makes use of Sweden’s largest biofuel co-generation plant for the generation of electric power and heat. A constant supply of biofuels, such as forestry waste and wood chips, makes sure that this power plant runs smoothly. 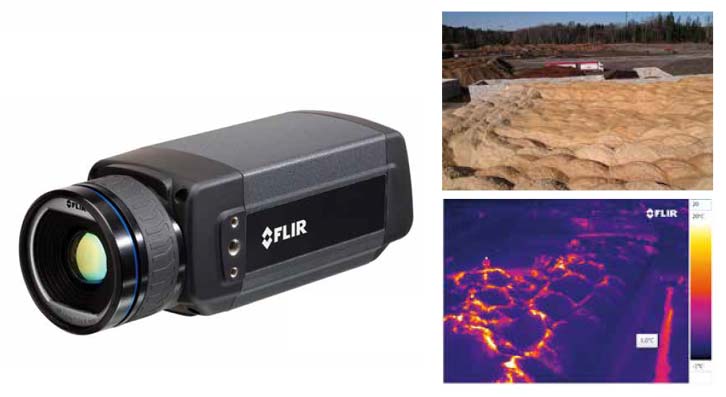 In a fuel terminal in the city of Nykvarn, near Stockholm, biofuels are stored and piled in massive heaps. Typical of storage of such organic materials, is the danger of self-combustion. In order to keep that risk under control, Swedish thermal imaging specialist Termisk Systemteknik provided an innovative fire prevention system, based on thermal cameras from FLIR Systems.

Söderenergi produces district heating for the southern part of Greater Stockholm, and enough electricity to power 100,000 homes. The company’s Igelsta plant, based in Södertälje, operates on the concept of CHP, Combined Heat and Power, and produces both heat and electrical power by burning biofuels and recovered fuels, which is Söderenergi’s niche. The principal input is forestry waste, mainly tree branches and tree tops, but also wood chips, bark and shavings and others.

From a dedicated fuel terminal in Nykvarn, near Stockholm, the biofuels are supplied to the CHP plant via road transport. The fuel terminal extends across eight hectares and has space to store a variety of materials, including forestry chippings and stem wood.

Just like with many other organic materials, storing wood materials in large quantities and for a long duration always carries the risk of spontaneous combustion and fires. For a company like Söderenergi, fires in the fuel terminal need to be avoided at all cost. Not only can fires lead to huge production losses, fighting a fire and cleaning up afterwards always results in certain amount of production downtime. But fires can also put people in danger and give the company a very bad reputation in the long run.

Regular inspections by means of visual monitoring and by temperature probes have been a way for the company to spot upcoming heat development and prevent fires. But one of the problems with this approach is the many man hours it takes to do this job thoroughly and reliably. Also, a temperature probe will measure the temperature inside a wood pile at one point; it does not really see how temperature is developing in a larger area of the pile.

In 2015, Söderenergi issued a tender for a reliable fire prevention and monitoring system. The company not only wanted to generate alarms at the early development of a fire in the different areas of the fuel terminal area; the goal was also to develop an understanding of how these fires develop, in order to be better prepared and be able to anticipate.

The tender was won by Termisk Systemteknik , a distributor of FLIR thermal cameras, and an integrator of fire prevention and detection systems for indoor and outdoor use. One of the company’s flagship products is the ‘TST Fire’ Early Fire Detection System. The TST Fire system continuously analyzes the thermal camera stream in real time and automatically generates an alarm when a predefined temperature threshold has been exceeded.

– By continuously scanning an area, the TST Fire System will find elevated temperatures and identify the fire risk at an early stage, before the fire has a chance to develop, says Claes Nelsson, Termisk’s representative for industrial automation and early fire detection systems.

– Through sophisticated video analytics, TST Fire is also able to suppress false alarms, for example from vehicles moving in the area. This way, the number of false alarms is reduced to a minimum.

For Termisk, the choice for thermal imaging cameras from FLIR Systems has always been an obvious one. For the Nykvarn site in Södertälje, Termisk decided to install twelve fixed FLIR A615 automation cameras with an option to add more. Termisk was able to use the existing lighting infrastructure for the installation of the twelve camera units, which together can cover the entire eight-hectare area for hot spots and early fires.

The device is one of the proven thermal imaging cameras that we like to use for many of our fire detection projects. It is a very reliable camera and its high resolution enables us to reduce the number of cameras needed to scan the whole area, which makes it very economical.

The TST Fire system with integrated thermal imaging devices cameras can also be used to detect unwanted intruders, day and night, and in the harshest weather conditions. There are many reasons for Söderenergi to detect intruders. Possible vandalism or thefts are some of the reasons, but the company is of course also concerned with the safety of people and it wants to prevent any risky behavior of intruders during storage operations in the fuel terminal area.

Fuel management for the Söderenergi power plant in Södertälje is not an easy task. Different types of biofuel need to be transported via rail or ship to meet the varying energy demands of the customer. Thermal imaging cameras can help the operators of the fuel terminal in Nykvarn to monitor the temperature of the fuel over time and enable them make intelligent decisions with respect to fuel transportation. For example, they can decide to first dispose of the fuel that is judged to have the greatest risk of fire in the monitored area.

– The information coming from the thermal imaging cameras is continuously combined with wind, temperature and precipitation data from a weather station. This allows the operators of the fuel terminal for example to see how long certain types of fuel can be stored. This is invaluable information for Söderenergi, which allows them to work much more efficiently, Nelsson comments. 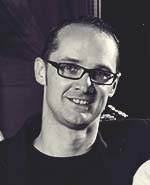