Easily Improve Your Operational Efficiency Hint: Use Technology to Upgrade Your System

Facts and figures about Asset Management in Dutch chemical industry

The Way you Install your Rotating Machinery is the Way it Will Perform!

Are Any of These Elements Holding Back Your Maintenance Improvement Strategy? A look at five common trouble areas that derail reliability

The ABCs of Leadership: For times of uncertainty and change

The Swedish pulp, chemical and paper industry could, with the right conditions, increase the production of renewable fuels/chemicals and at the same time take a more active role on the electricity market by electro-fuel production. This is shown by a research project performed by RISE, together with Södra, Nouryon and BillerudKorsnäs. 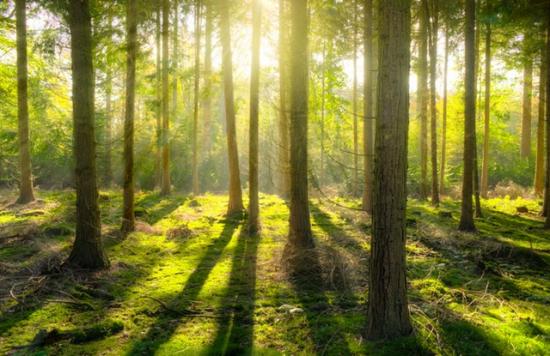 Photo by Skitterphoto from Pexels

In the project, the potential of both existing processes and new electro-fuel processes to produce renewable hydrogen gas, methane and/or methanol have been investigated. The study has included analysis on both stand-alone pulp mills and integrated pulp and paper mills based on the current electricity market and future electricity market scenarios for 2030 and 2040.

The results show that the current electricity prices in combination with today´s market conditions for green fuels/chemicals put an end to electro-fuels. However, with favorable scenarios for electricity price data, the results show that the pulp and paper industry has good prospects for increasing its activity on the electricity market and contributing with both flexibility and production of green fuels and chemicals. By controlling power-demanding processes and introducing new electro-fuel processes and e.g. electrolysis of sodium sulfate, the benefits of available production capacity at the mills can be maximized simultaneously as renewables are produced integrated with a circular economy.

- The pulp and paper industry is a gold mine when it comes to green carbon dioxide. If all the green carbon dioxide annually emitted from the Swedish pulp and paper industry (ca 22 Mton) were captured and reacted with renewable hydrogen, it would theoretically be enough to produce up to a few tenths of Mtons renewable methane or methanol. Volumes that can replace fossil alternatives with significant climate gains, as a result, says Anna-Karin Jannasch from RISE.

However, the study shows that the establishment of electro-fuel processes for the production of methane/methanol in neither stand-alone nor integrated mills is limited by the availability nor the capture of carbon dioxide. Instead, the establishment is limited by the availability of electricity at the mill and by the present market conditions for green chemicals/fuels. In this case, the production costs for the electro-fuels were found to be higher (from ~10 percent up to the double cost, depending on the scenario) than the current market price. The production costs are however expected to decrease significantly as the investment cost of electrolysis and the cost of CO2 capture with time decrease.

- The report gives the pulp and paper industry increased knowledge about the opportunities they have for increasing their activity on the electricity market and also how they in the future can act on a more volatile electricity market. The results also give the chemical industry increased knowledge in how they can create new values in the form of renewable chemicals and fuel in co-operation with the pulp and paper industry, says Anna-Karin Jannasch from RISE.

- There are great advantages in re-using carbon dioxide in products instead of ultimately storage it (so-called CCS, Carbon Capture Storage). In this way, a circular flow is created, which is enabled by electro-fuels, says Catrin Gustavsson, Head of Södra Innovation and New Business.

- We see this as a knowledge-building project for the future and we follow the area with interest.

In addition, the project results can be the basis for an expanded map of various biorefinery concepts and can with advantage be linked and further developed with, for example, several ongoing projects for the production of green aviation fuels. The results can also be used by other industries that need renewable hydrogen and possibly oxygen and/or have large emissions of carbon dioxide. For example, the biogas, cement, chemical, steel or power industry.

Electro-fuels are a generic term for synthetic fuels produced from electricity and water by electrolysis into hydrogen and oxygen. The hydrogen can either be used directly as a fuel or raw material for industrial processes. It is also possible to let the hydrogen react into other products such as methane and/or methanol via reactions with carbon dioxide from flue gases. In cases where the electricity for the water electrolysis and the carbon dioxide to build hydrocarbons is of renewable origin, renewable substances are formed that replace fossil fuels and chemicals. The interest in electro-fuels has grown rapidly in recent years, and today there are more than 40 demonstration and pilot plants in operation or under construction in Europe. So far, there is no facility on site in Sweden.

Aspects of Business Management That You Can Outsource

Outsourcing may go against the “Just do it” spirit of the entrepreneur, but there are a lot of advantages to outsourcing various aspects of your business. For one, as much as it’s hard to admit, you’re not an expert in everything. Outsourcing allows focused individuals to work on one aspect of your business, doing what they do best while you do what you do best.

Digitalisation, Industry 4.0 and IoT transform the industrial landscape at a breath-taking pace. The technological development is rapid, but the successful application also requires human skills and capabilities. What are the most topical issues that should be included in the curriculum of newcomers and for those already in the profession?

Have you ever experienced a Reliability and Maintenance Improvement Project where it feels like you are drowning? High level project plans, a lot of meetings and the latest buzzwords being thrown around to describe what you should do. Sound familiar?

Each year the recycling industry in the United States manufactures 130 million metric tons of material into commodities that are used in new products. In recognition of the industry’s contributions to American manufacturing, the Institute of Scrap Recycling Industries (ISRI) joins in the celebration of National Manufacturing Day.